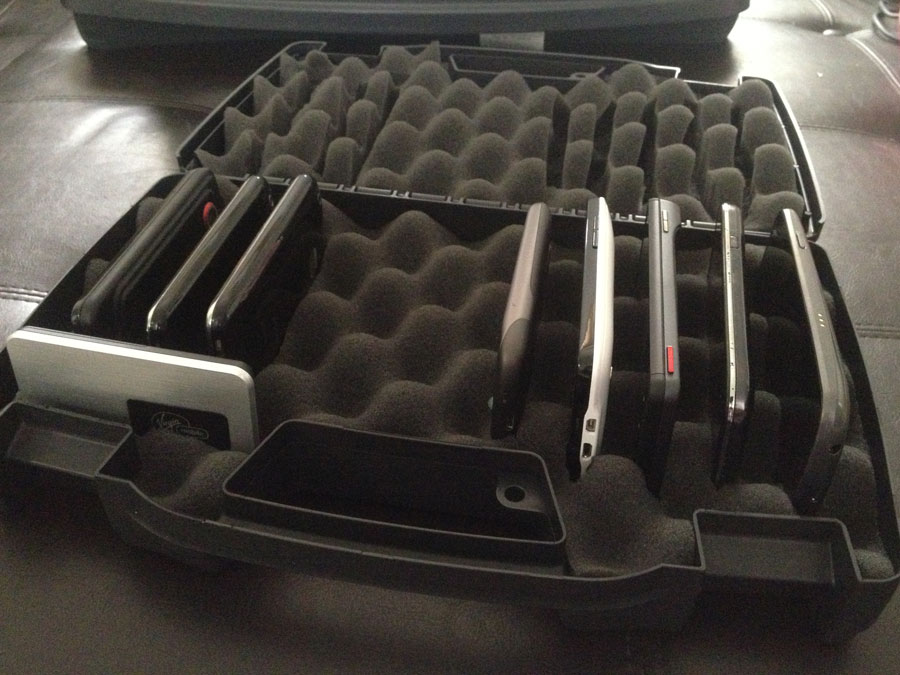 How To Clean your Mighty Mouse Scroll Ball

I love my Mighty Mouse. Like many others, my grubby hands eventually caused the scroll ball to stop scrolling in one or more directions. I tried the official Apple instructions to clean the ball, but it didn’t really work. Others have suggested compressed air and other tricks, but I didn’t have any luck with those, either.

I came across this solution out of frustration, nearly ready to give in and buy a new mouse.

So, last fall I bought a Genie PowerLift Excelerator garage door opener from Home Depot. I decided to go with a higher-end opener because of the nice warranty graphics on the box touting their superior warranty. It turns out to have been a great decision.

Over the past couple months, I’ve noticed that the garage door has been opening and closing with decreasing speed. I figured that the problem was that I just needed to adjust the sensitivity, but when I finally got around to it last week, it had no effect.

I called their customer service line, and after a few very reasonable troubleshooting steps, they determined the problem must be the controller board. It is a user-serviceable part, and I opted to just take care of it myself. They charged me $6 to ship out the new part, which arrived a couple business days later. I then replaced the part, but it did not solve the problem.

I called the customer service line, and they were able to pull up my previous call notes after giving them my phone number. They asked a couple “are you sure you installed the new board correctly” questions, and then gave me the option of either trying to replace the other circuit board, or swapping out the whole motor head. They also gave me the option, again, of doing it myself, or having a technician come out to do it. I decided that it would be best to just get a new unit, and that I had no interest in replacing it myself in the summer heat. They obliged, and also said that they wouldn’t charge me shipping for the new part because I already paid shipping for another part that didn’t solve the problem. They explained to me in great detail what the process involved, including faxing a service request to a local technician, and how long I should expect the process to take. They didn’t even have to collect my address a second time.

This is how customer service should be… Simple, reasonably generous, and exactly what is advertised on the box. I’ve just realized that over the past 12 months I’ve gone Apple. It started innocently enough with a Juniper iTunes credit card and an iPhone on launch day last June. Then an Apple TV found it’s way into my home. Eventually, a MacBook and a Mac Pro followed suit.

I have to say I’m impressed with all my Apple products. Here’s a quick review roundup:

My iPhone gets plenty of use at home and on the go, and if the next version only adds in 3G and GPS, I won’t even be all that tempted to upgrade. It’s so much better than any previous phone I’ve owned, and AT&T’s customer service isn’t nearly as bad as it was in the Ameritech/SBC days. I can’t wait till the API is finally released and the 2.0 software comes out. I’m sure my wallet will take a beating that month. Interestingly, I use the iPod functionality less than I did my old iPod.

My Apple TV probably gets the least use of all my gadgets. We have ditched out Netflix subscription (kept forgetting to send movies back), and decided to put that money towards rentals & tv shows. Between the Apple TV and my Xbox 360, we could get pretty much anything except Smallville and NBC shows. Combine this with the rewards my Juniper iTunes card gets for just paying monthly bills with it, and we get quite a deal.

My MacBook is the surprise of the bunch. For many years, I’ve only had 17″ laptops. Unfortunately, the $2,800 Macbook Pro was out of my price range, and there were some great deals on MacBook refurbs, so I picked one up. I was pleasantly surprised that the screen size wasn’t that big of an issue. The real surprise was how quick and light, and long lasting this thing is. Sure, I’m not going to get any modern 3D game to run on it, but it’s almost half the weight of my previous laptop, and the battery life is amazing. I guess the LED backlighting really paid off. I was also able to improve laptop gaming performance on my new laptop. Having a lot of computer geeks friends who love Apple products I can say that the Mac Pro is, well, awesome. It’s great to run three virtual machines, plus all my development servers and software, email and still not break a sweat. It’s replaced three physical machines (dev/file server, photo server, and workstation), so I’m saving on electricity and space. The keyboard is surprisingly awesome to type on, though the Mighty Mouse doesn’t like to always tell the difference between a left and right click.

What’s left to be assimilated? Well, I want to upgrade my wireless network to N, and the likely candidates are an AirPort Extreme and AirPort Express to bridge some HD-capable streaming to my Xbox. My wife likely won’t be switching anytime soon, and is plenty powerful with XP for the internet/email/light web dev she does. Our daughter, however, will probably inherit this MacBook in a few years and eventually get an iPod.